The most selective universities -- the Ivy League, Stanford, MIT and the like in the US; Oxford and Cambridge in the UK -- are NOT right for everyone. By definition, most applicants won't get in. But it's more than just that: many students actually have a better experience (and comparable career outcomes) elsewhere, at colleges and universities that better fit them and their learning style.

Nonetheless, and for some good reasons, loads of students dream of these famous institutions. And conventional wisdom would have it that the competition for a place at a top university has gotten much fiercer. Among my friends (all about twenty years out of college) everyone "knows" that they wouldn't possibly be admitted today to the colleges they were admitted to back in the last century. Is it really true? Have today's high school students gotten smarter and more accomplished?

Admissions rates at highly ranked colleges have indeed plunged. Every Ivy League college admitted a smaller percentage of applicants for the Class of 2020 than it did for the Class of 2010. Stanford, now the country’s most selective university, saw a drop from almost 11% to under 5%. Admissions rates are falling in the UK as well: 25 years ago Oxford admitted about one in three applicants, and today the figure is down to one in six.

An influx of strong international candidates for US and UK university places is part of the explanation. But falling admission rates in the US also reflect the fact that top students today apply to more colleges than they used to: often 10 or more, double the typical number twenty years ago. As a result, top students are now more likely to get rejected by a number of the colleges to which they apply. 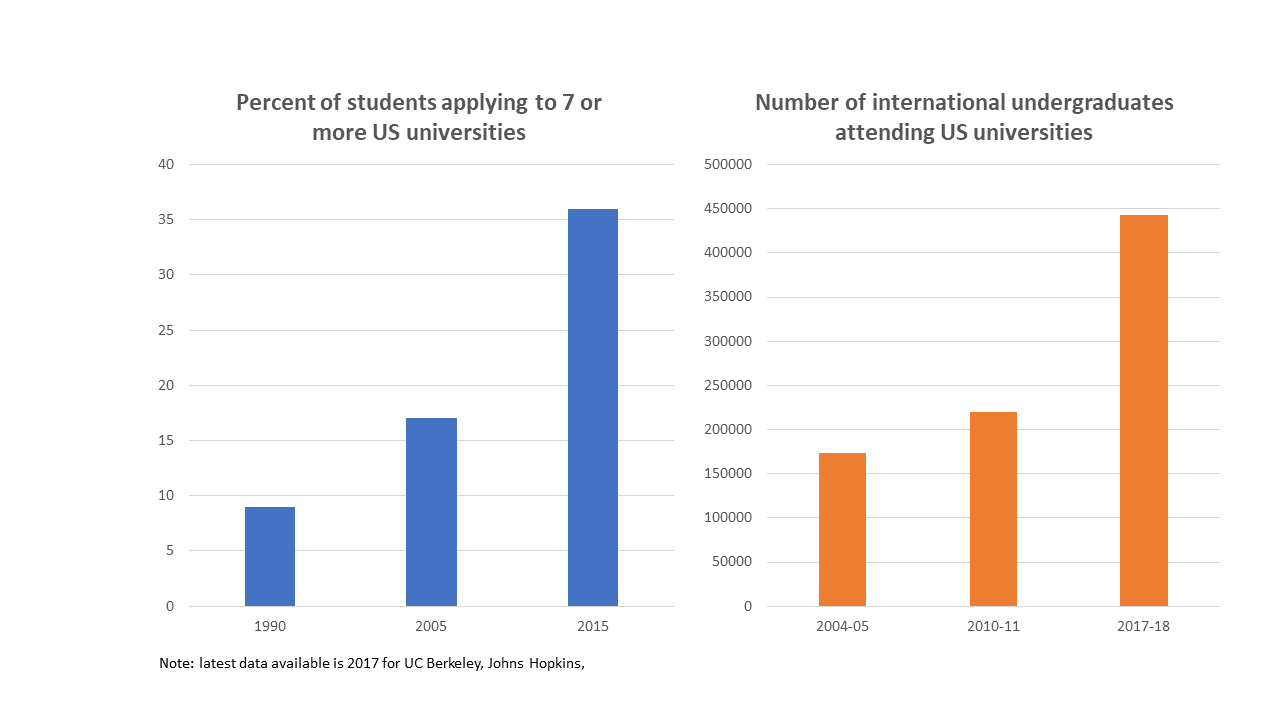 So is the outlook gloomy for today's applicants? Only for those with their heart set on one or a few colleges. The fact is that most strong students get into at least one terrific school. One study found that 80% of students who score above 1300 on the SAT get into at least one of 113 “highly selective” US universities. Students with their hearts set on a single school may be disappointed, but it’s not where you don’t get in that matters—it’s where you do get in.